Intel forges ahead to 10nm, will move away from silicon at 7nm by Sebastian Anthony
Tuesday February 24th, 2015 at 9:15 PM

This week at the 2015 International Solid-State Circuits Conference (ISSCC), Intel will provide an update on its new 10nm manufacturing process and new research on how it's maintaining the march of Moore's law to 7nm and beyond. The first chips based on Intel's new 10nm process are expected in late 2016/early 2017, and the company says it's hoping to avoid the delays that haunted the belabored release of 14nm Broadwell. To hit 7nm, Intel says new materials will be required—as in, it looks like 10nm will finally be the end of the road for silicon. The most likely replacement for silicon is a III-V semiconductor such as indium gallium arsenide (InGaAs), though Intel hasn't provided any specific details yet.

ISSCC 2015, being held in San Francisco this week, is where all the big players in silicon (Intel, Samsung, TSMC, IBM, etc.) meet to talk about their latest manufacturing processes and how they might go about overcoming the current barriers to  smaller, faster, and denser computer chips. It's not unusual for Intel to have one of the largest presences at the conference, and this year is no different: it will be presenting three papers on its 14nm technology, hosting sessions on a variety of topics, and Mark Bohr—one of Intel's most esteemed researchers—will be sitting on a panel that discusses Moore's law beyond 10nm. 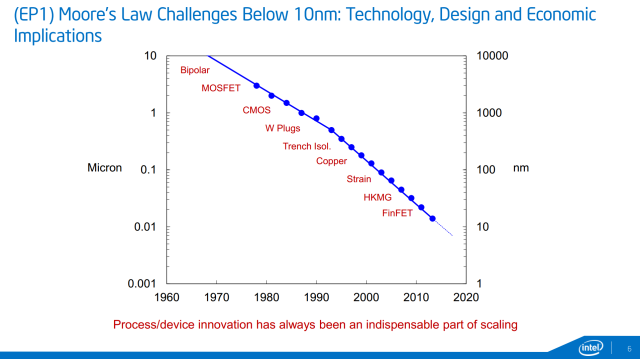 In a blog post today, the Google Security team announced changes to policies on full disclosure of bugs found by Project Zero, the security research team that uncovered zero-day vulnerabilities recently revealed in Microsoft's Windows 8.1 and Apple's OS X operating systems. Those disclosures, which were made 90 days after Google alerted Microsoft and Apple in accordance with Project Zero's strict release policy, stirred controversy because they had not yet been patched—and gave attackers time to leverage them before Microsoft and Apple distributed fixes.

Project Zero set a 90-day deadline, and since Project Zero's launch, Google's team claimed, "of the 154 Project Zero bugs fixed so far, 85% were fixed within 90 days. Restrict this to the 73 issues filed and fixed after Oct 1st, 2014, and 95% were fixed within 90 days." The Microsoft and Apple bugs disclosed and other deadline misses by vendors, they noted, "were typically fixed very quickly after 90 days. Looking ahead, we’re not going to have any deadline misses for at least the rest of February."

Google has just launched the event site for I/O 2015, and while it is mostly devoid of information, it does nail down the date: May 28-29.

For now the site is pretty bare bones. We'll have a better idea of what to expect from I/O 2015 when Google posts names and descriptions for each session.

To the audiophile, this $10,000 Ethernet cable apparently makes sense by Lee Hutchinson
Saturday February 14th, 2015 at 6:02 AM

Pity the audiophile. The term should be an aural counterpart to "cinephile"—as that word means a person who greatly appreciates movies, so "audiophile" should refer to a person who pursues a pure music listening experience. "Audiophile" should properly refer to someone who appreciates listening to music as it was recorded and who isn’t afraid of paying extra for high-quality equipment to chase after a "live" sound.

Unfortunately, it doesn’t. "Audiophile" has become synonymous with "person who spends hundreds of dollars on magic rocks." 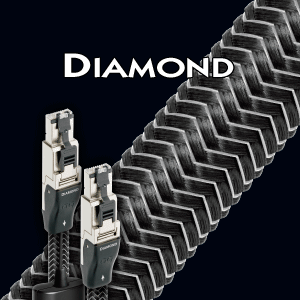 While the magic rocks might be a bit much for all but the craziest of audiophiles, one area where even mainstream audiophiles have demonstrated an unswerving desire to spend lots and lots of money is on interconnection devices—cables, to you and me. The most recent audiophile interconnect to draw fire (on Reddit, among other sites) is the AudioQuest Diamond RJ/E Ethernet cable, which at 12 meters will set you back a cool $10,000. Made from pure silver, with industrial-style RJ-45 connectors, the cables’ product page is packed with the usual pseudo-scientific garbage about how the cable will keep your audio signal completely free of electromagnetic interference and Martians—but the insanity with this particular cable goes a level deeper.

Only 36 hours left to get the COOLEST shirt in history!